Vascular Laser Procedures
Light So Unique it Must be Experienced.

The Syris technology of lux uniformity illumination, polarization and changeable magnification was originally pioneered for vascular laser procedures. The combination allows of subsurface visualization of vascular or pigment lesions while using the laser goggles which was the original purpose. An added benefit is that glare is reduced from ambient and artificial light which may cause eye fatigue. Testimonials from medical professionals proclaim that procedure time and improved accuracy is another benefit.  The v900L is the suggested device to use for vascular laser procedures. 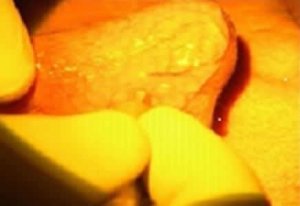 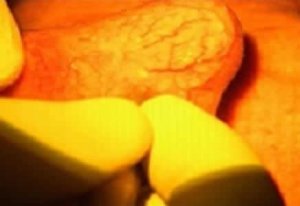 Dr. Bernstein with the v900L

“I use the Syris v900L  all day long when lasering vessels anywhere on the body. I find it indispensable. It cuts down my treatment time s and I don’t have to constantly lift my laser glasses to see the target vessels. I just put on the v900L  and the vessels jump right out at you.”

“We love our new v900L Vision Systems head lamp. Now that it has arrived I don’t know how we did without it. Thanks so much for loaning us the older model until this one came out.”